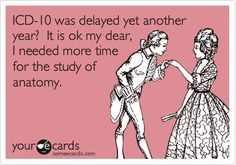 Recently, the Department of Health and Human Services (HHS) announced that they intend to release an interim final rule in the near future that will include a new compliance date that would require the use of ICD-10 beginning October 1, 2015. The rule will also require HIPAA covered entities to continue to use ICD-9-CM through September 30, 2015.

In addition, HHS announced that the previously planned ICD-10 end-to-end testing CMS intended to conduct during the week of July 21 through 25, 2014, was being postponed to a date yet to be determined.  In making the announcement, however, HHS did state that “Additional opportunities for end-to-end testing will be available in 2015.”

The use of the plural “opportunities” at least suggests that there will be more than one opportunity for end-to-end testing in 2015.