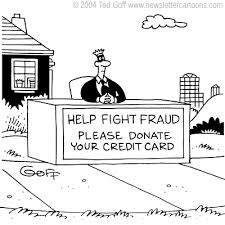 According to the OIG, in FY 2013, Medicare made $50 Billion in improper payments to providers. The OIG identified three areas CMS can improve in,

OIG found that CMS processes were not efficient enough to detect and recoup improper payments in a timely manner. OIG also highlighted how CMS does not have policies in place to notify Part C plans of data that could be used to prevent improper payments or to identify and reject prescription drug claims associated with ineligible beneficiaries. The OIG found several instances where Medicare made payments to beneficiaries who were terminated from Medicare or who are deceased.

The OIG urged CMS to improve its policies and procedures for detecting and recouping these improper payments in a timely manner. OIG also recommended that CMS strengthen oversight of contractors. CMS also does not currently require Part C and D plans to report fraud and abuse data. OIG recommended they change this policy.

The NCCI program was implemented with procedure-to-procedure edits to ensure accurate coding and reporting of services by physicians. According to Dr. Agrawal’s testimony, the program saved CMS an estimated $483M in 2012.

GAO acknowledged CMS’ efforts to prevent waste, fraud and abuse but recommended where more can be done to improve program integrity. In studying CMS’ waste, fraud and abuse procedures, GAO found that stricter pre-payment review edits and post-payment edits for recovery were effective tools for reducing waste, fraud and abuse. GAO also identified various vulnerabilities in CMS’ procedures that need to be addressed such as removing Social Security Numbers from beneficiaries’ Medicare cards.

GAO also recommended that CMS strengthen provider enrollment standards and procedures. GAO mentioned Recovery Audit Contractors (RACs) as “helpful” to the agency’s recovery efforts. It noted that RACs collected $816M in FY2013. While there is a current pause in RAC efforts to accommodate the backlog of claims and go through the latest round of contract procurement, CMS anticipates it will award all five FFS contracts by the end of summer, 2014.

GAO did testify that the agency is examining CMS’ oversight of some of the contractors that conduct reviews of claims after payment.

The Committee Members made a rare display of bipartisanship over improving Medicare program integrity. There was vast consensus that some of the more glaring issues needed to be addressed. The Members were particularly displeased with how much money Medicare paid to deceased, terminated and ineligible beneficiaries. They also believed that removing Social Security Numbers from Medicare cards was a crucial measure that had to be taken and were not happy to hear CMS pushback that it would be too costly of a measure. The committee also pressed CMS to take the recommendations from OIG and GAO seriously. They called for better collaboration and stronger responses to CMS’ vulnerabilities. According to the Committee Members, this will certainly not be the last hearing on this topic.