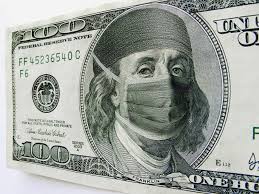 The forum followed the recent release of Medicare physician billing data on April 9, which provided the first official glimpse at how individual physicians bill Medicare for their services in comparison with others. Since then, media reports have identified dubious medical procedures, individual physicians with huge Medicare billings and some practitioners’ questionable reliance on high-priced pharmaceuticals. The data is putting new pressure on physicians to avoid overbilling Medicare and to carefully consider what medications they prescribe and procedures they perform.

Jonathan Blum, whose last day as principal deputy administrator at CMS was May 16, spent his finals weeks at the agency stressing the importance of transparency as a tool for improving patient care and reducing cost. According to Blum “data transparency can be a far more effective way than regulations to change the way providers deliver care.” He stated that “law and regulations are very powerful and will always be part of the health care system.” But, he added, “Often times the fastest way to change behavior is to share information.”

Blum cited examples of how data has made care safer and of higher value. One of his examples was that data can be used to identify patients who are dependent on electrical power to stay alive during disasters, such as hurricanes. With the Medicare claims data, public health officials can quickly identify ventilator-dependent patients for example and move them into facilities with power. “Data transparency is a faster, nimbler way, but also a way to have a partnership rather than conflict,” Blum said.

HHS plans to release more health data for examination by policy researchers and for use by entrepreneurs to help streamline care. Bryan Sivak, chief technology officer at the HHS, announced “Medicare’s got another set of greatest hits I can’t really talk about yet,” he added. “There’s a whole bunch of stuff coming out that could be kind of interesting.”