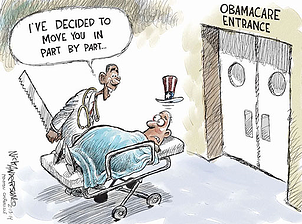 If a customer enrolled in Obamacare is eligible for subsidies, those government payments go directly to the insurer, and then the insurer passes on the savings to the customer in the form of lower premiums. “The payments are happening on time,” Carney stressed. However, “there is an automated processing system that is not online yet.”