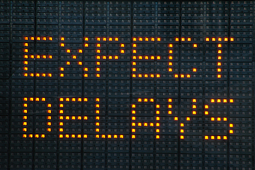 It was the second time the administration delayed what administration officials are calling a “transitional policy” after the law's tougher standards prompted insurers to cancel millions of people's health plans last year. One official told reporters that, based on the estimates of congressional budget analysts, 1.5 million people have such plans that they bought individually or through small employers. With natural attrition — because people may renew such policies if they already have them but cannot buy them if they do not — the number of Americans with such policies by 2016 will probably be “a very small number of people,” one official said. The administration acknowledged that its transition policy could lead to “higher average claims costs” for people who buy insurance that complies with the Affordable Care Act. But health officials said the 2010 law provided several “shock absorbers” to help stabilize premiums.

The decision helps defuse a political problem for Democrats in tough re-election battles this fall, especially for senators who in 2010 stood with President Barack Obama and voted to pass his health overhaul.