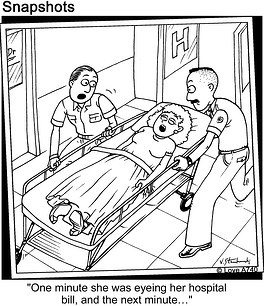 The higher health outlays made up more than half of last quarter's 3% increase in consumer spending and helped prop up a generally weak economy. The economy grew just 0.1% in the quarter and would have shrunk by about a percentage point if not for the surge in health-related spending.

Most of the increase can be traced to the roughly 8 million Americans who signed up for health insurance under the Affordable Care Act mandate since late last year. “Under this law, real Medicare costs per person have nearly stopped growing,” Mr. Obama said at a news conference on Thursday as he announced that eight million people had signed up for insurance coverage through the law’s exchanges.

But some health care experts and economists said that an expanded use of the health system might start to have the opposite effect. Americans feeling more economically confident might demand more procedures from doctors and hospitals. Insurers paying more money for those procedures might, in time, increase premiums, cutting into wage gains. The government might end up spending more on the health law than current projections imply.

Today’s report from the Bureau of Economic Analysis included Obamacare enrollments only through Feb. 15. Enrollment closed April 15 in most of the country, and a surge of sign-ups in March and April will show up in the bureau’s report on second-quarter spending, said Ben Mandel, chief of the federal branch of the bureau’s government division.