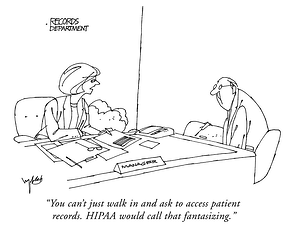 The proposed rule would let eligible providers (EPs) and hospitals use the 2011 Edition CEHRT or a combination of 2011 and 2014 Edition CEHRT for the EHR reporting period in 2014 for the Medicare and Medicaid EHR Incentive Programs.

Beginning in 2015, all EPs and hospitals would still be required to report using 2014 Edition CEHRT.

According to the explanatory statement accompanying the proposed revisions, CMS is making these changes due to overwhelming industry input that the amount of time available in which to make the required coding changes after the publication of the Stage 2 final was much too short.

CMS also notes this proposed change is due to an unexpected backlog and delay of certifying many EHRs.

However, CMS is hoping to analyze the meaningful use Stage 2 data to inform its development of the criteria for Stage 3 of meaningful use.