How Can Medicare Improve Improper Payment Prevention and Recoupment Efforts 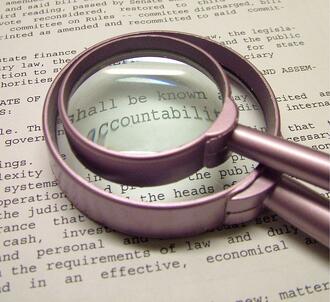 Shortly before appearing before the House Oversight and Government Reform Committee, the Government Accountability Office (GAO) issued a report on Medicare mismanagement. The report summarizes existing program integrity procedures in the Medicare program and describes additional GAO program integrity recommendations that have yet to be implemented by CMS.

According to the report, improper payments in the Medicare program were almost $50 billion in FY 2013. Medicare spent $604 billion in total benefit payments for 51 million individuals that year.

The report analyzes the three oversight mechanisms in place. It describes both the current measures in place and makes recommendations for additional measures to implement. The three mechanisms are:

The Affordable Care Act (ACA) expanded CMS’ authority to develop and enforce expanded provider enrollment screening procedures. CMS currently hires contractors to determine whether providers and suppliers have valid licenses, meet certain Medicare standards, and are at legitimate locations. The GAO report notes two measures authorized by the ACA that have yet to be implemented by CMS. The first is having CMS require surety bonds for certain types of at-risk providers and suppliers to serve as a source of recoupment of erroneous payments. The second is for CMS to increase disclosure of prior actions taken against providers and suppliers.

Prepayment controls in the form of claim edits account for a significant amount of improper payment recoupments. CMS already has in place edits such as one to identify services billed in medically unlikely amounts and one to determine if a patient is an eligible Medicare beneficiary. However, the report recommends that CMS promotes greater use of prepayment edits and strengthen procedures to improve time frames for making decisions on whether or not to develop a certain edit and for CMS to improve its assessments of the effectiveness of corrective actions.

CMS uses four contractors to conduct post-payment claims reviews. They are MACs, Zone Program Integrity Contractors (ZPICs), Comprehensive Error Rate Testing (CERT) contractors and Recovery Audit Contractors (RACs). Less than 1% of claims are subject to a post-payment review. The report recommends CMS integrate its Fraud Prevention System (FPS), which uses predictive analytics to analyze Medicare FFS claims, with current payment-processing system to allow for the prevention of payments until suspect claims can be investigated by contractors. Although CMS is working to integrate the FPS system in this way, it still does not have the ability to suspend payments until the suspect claims can be investigated.

Additionally, this month, HHS Office of Inspector General (OIG) released a report on improper payments for evaluation and management (E/M) services from 2001-2010. The report found that found that E/M services are 50% more likely to be paid for in error than other Part B services and that most improper payments result from errors in coding and from insufficient documentation. The report found that Medicare inappropriately paid $6.7 billion for claims for E/M services in 2010 that were incorrectly coded and/or lacking documentation.