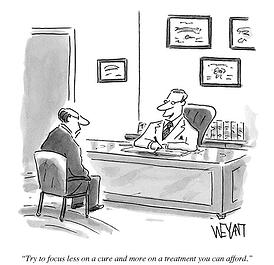 On average, premiums for the second-lowest cost Silver plan for individuals will fall by 0.8 percent from current levels in these cities. However, changes in actual premiums will vary considerably across areas. For example, according to the Kaiser analysis, individuals purchasing a Silver plan in Denver, Colorado will see a 15.6 percent decline ($211 per month) in the cost of a plan but residents of Nashville, Tennessee will experience an 8.7 percent ($205 per month) increase in premiums. In both cases premiums are for a 40-year-old nonsmoker, before taking into account any tax credit.

Using the Silver plans as the benchmark basis for comparison is important because the federal subsidies are based upon the average cost of a Silver plan in that market.

In a press release accompanying the release of the analysis, Drew Altman, Kaiser’s President and CEO said “There is variation, but so far, premium increases in year two of the Affordable Care Act are generally modest,” said. “Double digit premium increases in this market were not uncommon in the past,” Altman added.

The study finds that insurer participation generally held stable or increased in all of the cities, with the exception of Portland, Oregon, where the number of participating insurers decreased from 10 to 8.

In order to get the benefit of the lower premiums, consumers will need to shop and compare plans. As noted, the lower premiums are typically being offered by plans newly entering the Exchange market. For 2015, consumers will be offered the opportunity to “Auto Re-enroll” in the Health Plan they purchased in 2014. CMS projects that between 90 and 95 percent of Exchange customers are expected to use this auto re-enroll option and simply roll-over their coverage for 2015.

“You could end up paying more if your insurer is no longer offering one of the low-cost plans, so you should look carefully at your options,” said Kaiser Senior Vice President Larry Levitt, co-executive director of the Foundation’s Program for the Study of Health Reform and Private Insurance.

The study finds that the premium for the lowest-cost bronze option across the marketplaces is increasing an average of 3.3 percent in 2015. As with the Silver Plan analysis, actual changes vary from city to city studied.