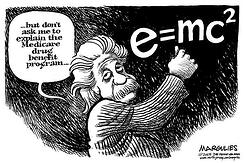 You must use the Credit for Small Employer Health Insurance Premiums, or Form 8941, to calculate the credit. The form can be found at http://www.irs.gov/pub/irs-pdf/f8941.pdf.

**I have personally gone through the process for this company. Unfortunately, the calculations were tedious, confusing, and very time consuming. It resulted in a significantly lower tax credit than advertised.