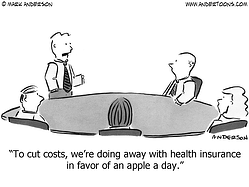 As a quick recap, plans on the marketplace are separated into four categories – bronze, silver, gold and platinum. The ONLY difference between the plans is the cost sharing of coverage. Gold and platinum plans have the highest monthly premiums but the lowest yearly deductibles, while the opposite is true for the bronze and silver plans.

Most consumers entering the marketplace are expected to buy the bronze and silver plans.