Congressional Leaders Step Down This Winter 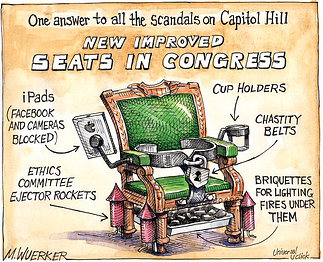 The winter of 2014 is turning out to be one of the coldest and snowiest winters in the Mid-Atlantic region in history.  In Washington, DC, a city generally associated with “hot air” the average high temperature for the months of January and February were well below normal.

Whether the inclement weather or political fatigue, it’s also looking like 2014 will be a record year for Congressional retirements.  Within the past few months, some of the House and Senate’s most senior Members have announced they will retire at the end of the current session.  And nowhere will those retirements be felt more than in health policy.

No fewer than 5 senior Democratic Senators or Representatives with a long history of involvement with developing health policy in the U.S. have announced they are retiring.  And in one case, the Senator didn’t even wait to complete his term before leaving.

Below, is a summary highlighting some of these Members.

Sen. Tom Harkin (D-IA) – Senator Harkin is retiring after five terms in the U.S. Senate. Since 2010, Senator Harkin has been the Chairman of the Senate Health, Education, Labor and Pensions (HELP) Committee.  In addition, Harkin has been the long-time Chair of the Senate Labor-HHS Appropriations Committee overseeing the spending of billions of dollars for everything from childhood vaccinations to NIH spending, to the administrative budget for CMS. Harkin played a key role in the development of the Affordable Care Act, particularly those provisions dealing with health prevention and public health.

Sen. Max Baucus (D-MT) – After announcing in 2013 that he would not run for re-election after this year, President Obama announced he was nominating Baucus to be the next Ambassador to China.  Once Baucus was officially confirmed as the Chinese Ambassador he resigned his seat in the Senate thereby simultaneously relinquishing his Chairmanship of the Senate Finance Committee.  The Finance Committee has jurisdiction over Medicare and tax issues. Senator Baucus was instrumental in writing the Affordable Care Act and with formulating the current SGR repeal/replace proposed legislation.

Rep. John Dingell (D-MI) – Rep. Dingell is the dean of the House Democrats. First elected in 1955 in a special election to succeed his father, he is the longest serving Congressmen in history with an uninterrupted tenure of 58 years. For many years, Dingell served as chair of the powerful House Energy and Commerce Committee.  The E&C Committee has historically been a key player on Medicare physician payment issues as the Committee shares jurisdiction over Medicare Part B with the House Ways and Means Committee.  However, the Committee has exclusive jurisdiction over any federal policy affecting public health (NIH, FDA, etc.), the private health insurance market and Medicaid.

Rep. Henry Waxman (D-CA) – Rep. Waxman has been a major player in health policy for more than three decades.  Through his position on the Energy and Commerce Committee, Waxman played a key role in developing and leading the charge for such issues as EMTALA, CLIA, FDA reform and NIH reform initiatives.  Waxman was often in the forefront to expand the Medicaid program both in terms of eligibility as well as expanded benefits.

Waxman succeeded Dingell as Chair of the Energy and Commerce Committee in 2008.

Sen. Tom Coburn (R-OK) – Senator Coburn is retiring at the end of the year.  Coburn is one of only a handful of physicians serving in the Congress.  Before being elected to the Senate, Coburn served in the House of Representatives.  Despite an active schedule as a Senator or Representative, Coburn, a family physician, still found time to see patients during the Congressional recesses. Known for being a fiscal and social conservative Coburn had become a very influential voice on health policy both within the GOP and, more recently, the Senate at large. These qualities, along with his background as a physician, have established him as one of the most influential conservatives in the Senate.

Rep. Allyson Schwartz (D-PA) – Rep. Schwartz is vacating her House seat at the end of 2014 as she pursues a bid for Governor of Pennsylvania. For the past few years, Schwartz has been a leading advocate in the House for repealing and replacing the much despised SGR formula.  Schwartz was one of the first Democrats to reach across the aisle when the GOP took control of the House to try to fashion a bi-partisan solution to the SGR problem.  Staking out this early position has allowed Schwartz to remain an important player in the SGR debate despite not having a leadership position on any of the key Health committees.

Republican Doc Caucus – Although called the “Doc Caucus” the caucus actually has representation from a variety of health professionals serving in Congress, not just physicians.

The vast majority of the physicians in Congress are Republican, while the health professionals representing other disciplines (social worker, nurse, physician assistant, psychologist, pharmacist, etc.) are largely Democrats.  While originally conceived as a bi-partisan caucus, the “Doc Caucus” is made up exclusively of Republicans.

The “Doc Caucus” has become increasingly influential on healthcare issues, taking a leadership role this past year in devising the proposal for replacing the SGRformula.  Three members of the Caucus, Rep. Phil Gingrey (R-GA), Rep. Paul Broun (R-GA) and Rep. Bill Cassidy (R-LA), are  not running for re-election to their House seats; deciding instead, to run for Senate seats in their respective states.

Congressional turnover is as constant as the changing of the seasons but this year’s turnover has wide-ranging effects on the internal power hierarchy in each chamber. The internal structure of both the House and Senate are built upon the foundation of seniority with regards to everything from positions on committees to the weight of a Member’s opinion. When a Member leaves office, it opens the door for others to move up the ladder. It also deprives each chamber of valuable leadership and experience. When a committee Chair departs, so too does his or her vision for the Committee and the policies it oversees.

It will be interesting to see what is warmer next January – the temperature outside the halls of Congress or the temperature inside from the heat of the healthcare debate that is sure to occur?

Thank you to Bill Finerfrock, Matt Reiter, and Zhaneta Mansaku for contributing this article.