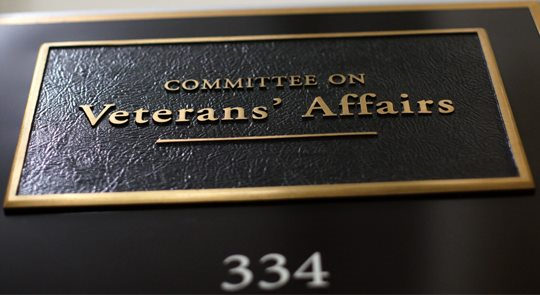 Senate Veterans’ Affairs Committee Chairman Bernard Sanders (I-Vt.) introduced a far-reaching proposal Sunday to overhaul health care for the nation’s veterans that would make it easier for the beleaguered Department of Veterans Affairs to hire and fire employees, lease new space for clinics and hospitals, and send veterans to outside providers if care isn’t available within 30 days.

The Restoring Veterans’ Trust Act would give the VA secretary the authority to remove senior officials based on poor job performance, grant VA expedited hiring authority for nurses and doctors, authorize the department to lease 27 new facilities in 18 states and Puerto Rico, mandate a software upgrade for the department’s patient scheduling system by March 2016 and expand opportunities for eligible veterans to seek outside care if VA facilities are unavailable.

Sanders bill would allow veterans waiting for care to access other federally licensed health centers or seek private care funded by the VA. The bill also proposes paying down student debt for nurses and doctors in order to bring medical professionals to the sprawling veterans’ health care system. And Sanders said that he will also aim to loosen strict deadlines for providing care within two weeks to vets, arguing that such onerous requirements contributed to the falsification of wait times.

Republicans have pressured the Senate to vote on a House-passed measure that would grant the VA secretary more authority to fire people, and Sanders' proposal includes similar language. However, the package is likely to be met with some measure of GOP resistance because it requires additional spending.

Sanders does not include a price tag in his initial proposal, but leading House Republicans, including Veterans Affairs Chairman Jeff Miller, R-Fla., are resistant to authorizing more money to fix the problem. The most recent House-passed spending bill includes a total of $158.2 billion in funding, an increase of $10.3 billion from the previous fiscal year.

Republicans, including Sens. John McCain (Ariz.) and Richard Burr (N.C.), have announced plans to introduce a series of proposals as soon as Tuesday but have not specified what they might include. McCain said Sunday on “Face the Nation” that he supports giving veterans the option of seeking medical care from non-VA doctors.