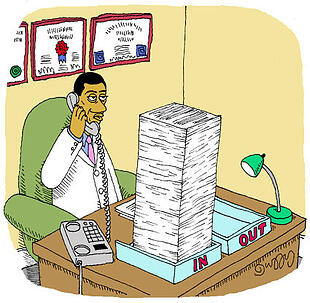 Recently, the U.S. Department of Health and Human Services announced that the Secretary intends to issue an “Interim Final Rule” (IFR) setting the new effective date as October 1, 2015.

An “interim final rule” is effectively a Final Rule that bypasses the normal rulemaking process that allows for public comment prior to the issuance of a Final Rule.  Under the IFR process, the Secretary issues the Final Rule but stipulates that the public can comment on this IFR.  If the Secretary feels the comments are unpersuasive, the Secretary can subsequently move to remove the “Interim” stipulation and make the rule Final.

According to HHS, the IFR will also require HIPAA covered entities to continue to use ICD-9-CM through September 30, 2015.  This would seemingly remove any possibility that providers and payers could voluntarily move to adopt and use ICD-10 prior to the October 1, 2015 effective date.

In addition, this past March, CMS conducted a “front end” ICD-10 testing week. Testers submitted more than 127,000 claims with ICD-10 codes to the Medicare Fee-for-service (FFS) claims systems and received electronic acknowledgements confirming that their claims were accepted.

According to a CMS press release, approximately 2,600 providers, suppliers, billing companies and clearinghouses participated in the testing week.  This represents about five percent of all submitters.

Nationally, CMS accepted 89 percent of the test claims. The normal FFS Medicare claims acceptance rates average 95-98 percent. CMS analysis indicated that there were no problems with the Medicare FFS claims systems suggesting that if a claim was rejected, it was submitter problem.

According to CMS, some testers intentionally included errors in their claims to make sure that the claim would be rejected.   In order for a test claim to process, it had to have a valid national provider identifier.  In addition, ICD-10 coded claims had to have an ICD-10 companion qualifier code.  Claims that did not meet these requirements were rejected.

Submitters should contact their local Medicare Administrative Contractor (MAC) for more information about acknowledgment testing. However, those who submit claims may want to delay acknowledgement testing until after October 6, 2014, when Medicare updates its systems.

CMS has assured the external community that the agency will conduct end-to-end testing for ICD-10 at some point in 2015 but no firm date has been set.